Home > Cryptocurrency > How Blockchain and Law Can Work Together

How Blockchain and Law Can Work Together

How Blockchain and Law Can Work Together

One of the core functions of blockchain is doing away with the need for intermediaries. This, along with the evolution of smart contracts, has led to speculation that there will be no need for lawyers in peer-to-peer transactions. It’s almost inevitable that converging blockchain and law will, in some cases, mean that the role of lawyers as intermediaries will be reduced. However, there are also plenty of examples where lawyers themselves can make use of blockchain. Here, we look at various examples of how blockchain can apply to the legal profession.

Use Cases for Blockchain and Law

Blockchain allows us to put a digital tag onto objects and documents. With this digital tag, we can track movements either physically or online. This attribute offers huge potential in the area of blockchain and law.

One use case is in proof of service. When a party to a lawsuit is summoned to attend court, they receive written instructions from the court to attend. A proof of service document is the affidavit that proves to the courts that the individual was summoned. Companies that undertake the service of papers are known as process servers.

For example, a rental contract could have each rental payment digitally linked to the contract itself. The document interacts with different enterprise software. So if a new company takes over the lease, they can upload the smart document to their system, and all the transaction history comes along with it.

The video below shows how it works in more detail.

Remember that epic scene in Breaking Bad where Walter and Jesse use a humungous electromagnet from outside a police strongroom to wipe Gus’ laptop of the video evidence that would have implicated them in the setup of the meth factory? That is the kind of security that goes into keeping legal evidence safe from tampering.

It really was a genius idea…

Ok, blockchain may not be able to protect against that level of creativity. But there are real-life court casesthat have been thrown out due to evidence tampering. Blockchain can trace the digital movements of documents and store them permanently, preventing deletion and providing a reliable trail of any kind of tampering. Digital tags on physical assets can also enable GPS tracking if someone moves or steals evidence. Such movements stored on the blockchain provides incontrovertible evidence in court.

Various projects are already using blockchain in the protection of copyrights, including KodakOne covering photographic work and a Microsoft/EY collaboration covering gaming. However, converging blockchain and law in the world of corporate IP brings huge efficiency benefits beyond simply proving ownership. In corporate acquisitions, there are lengthy due diligence requirements around IP ownership. With a blockchain based record that shows the registration and licensing of all IP rights, due diligence exercises become smoother and far speedier than they are today. 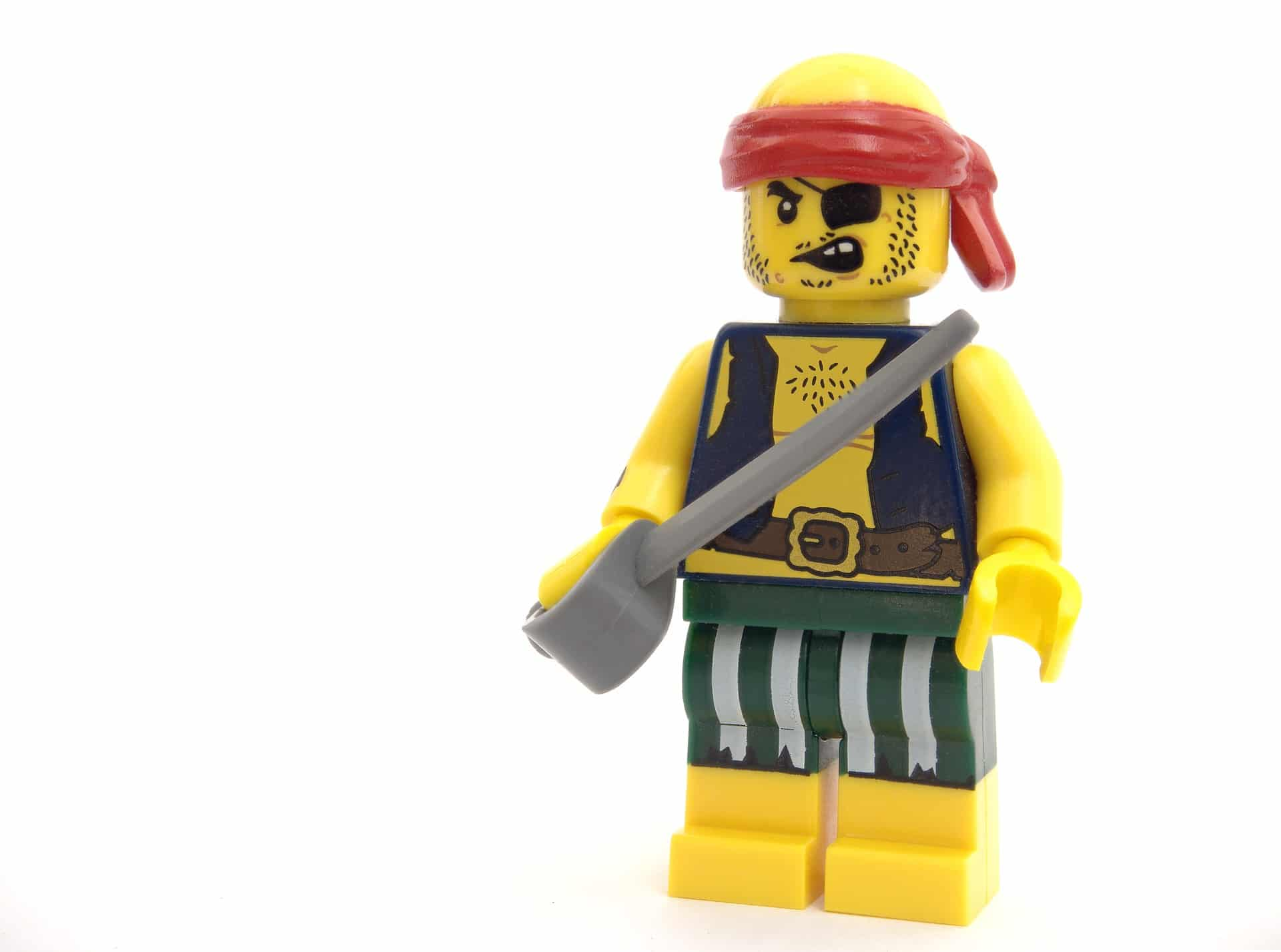 Copyright piracy may become a thing of the past. But not pirates. Or Lego.

Blockchain can also help manage licensing rights. A party wanting to acquire licensing rights to intellectual property could purchase them using digital tokens, leaving an immutable record of the transaction that helps resolve any subsequent disputes.

A notary public is an official government role, and as yet, no government has agreed to accept blockchain as a replacement. However, in principle, a blockchain could perform the same role as a notary. Biometric data would ensure a more robust authentication of a presence than the use of a private key alone, as private keys can get stolen. BlockNotary and Stampd are two examples project using blockchain to authenticate and witness transactions and data.

Legislation around the use of cryptocurrencies and ICOs has given rise to a whole new field of law. The rapid rise in popularity of Bitcoin and cryptocurrencies in general, has attracted the interest of governments and regulatory bodies. Now, they are starting release guidelines and in some cases legislation. Given this is uncharted territory, lawyers are playing a critical role in navigating emerging regulations, particularly for ICOs.

The combination of blockchain and law holds many exciting possibilities. We have explored only some of them here. The legal profession, while notoriously staid and slow to change, knows what is coming. Some members are already forming into consortia, which will help keep pace with the changes. Although it is unlikely that blockchain will replace lawyers, the technology will undoubtedly have an impact. Like all other sectors, the legal profession should be ready for when it does.

This article by Sarah Rothrie was originally posted on Coincentral.com and has been republished here with permission.