Bitcoin Bubble? Why the Burst Might Be Good for Bitcoin & Blockchain

Media outlets that once ran glorifying stories of Bitcoin ascendance are now describing a Bitcoin bubble that has popped. Economists who were at first curious in a new type of monetary system are now foretelling panic. In this strange climate after a fall from great heights, it’s worth considering how we got here and what it all means.

In this article, we’ll take a measured look at Bitcoin, what its success has meant to crypto, the opportunities for future growth, and the implications of its declining price.

Bitcoin’s rise from obscurity to the mainstream is a story for the ages. Satoshi’s invention made people into millionaires. More importantly, however, it opened up a new world of crypto-technology for storing information and exchanging value. Even without its subsequent rise in value to thousands of dollars, Bitcoin would be a significant achievement just for the invention of blockchain.

And yet, Bitcoin did grow in value. From mere pennies to its current level of thousands of dollars, anyone who invested in Bitcoin over any period of more than two years made money. In the daily news cycles of volatile price changes and the massive downturn over the past few months, it’s sometimes difficult to remember that if you invested in Bitcoin before 2017, you currently have a 6x return on investment at a minimum. 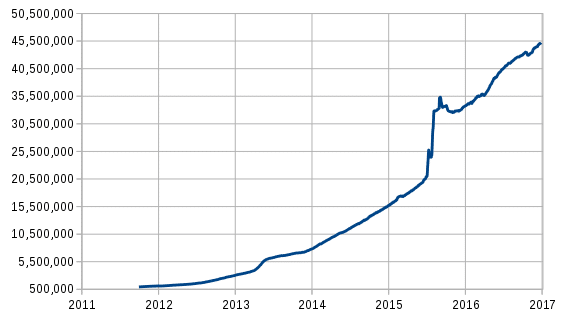 Count of transactions on Bitcoin – By Ladislav Mecir – CC

However, most people learned about Bitcoin in 2017, driving massive price gains. During the downturn of this year, most of those new investors fled. That flight is certainly a negative if you enjoyed looking at your portfolio while Bitcoin was above $15k.

On a broader scale, though, the Bitcoin bubble from new investors made it clear that cryptocurrency was accessible to the public at large. That public exposure brought volatility, but it also encouraged new talent, innovation, and investment in the crypto community at large.

Returning the Focus to Blockchain Use Cases

As Bitcoin’s price has receded post-bubble, it has dampened some of the frenzy involved in crypto trading. Investors have become savvier with the general market downturn. They want to see projects that have real use cases and proven technologies. More than that, investors want to see projects that solve the last mile problem, which is where so many early ICOs went wrong. The last mile refers to the difficult step of bringing a useful service directly to a retail consumer on a predictable basis. 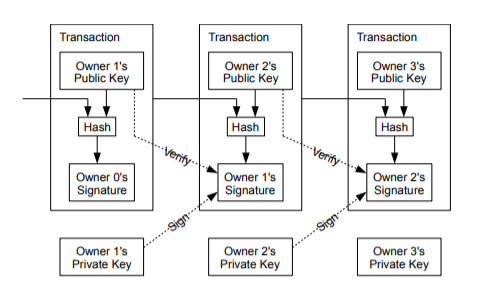 This return to legitimate use cases with real customers has been the shock that the cryptocurrency system needed. While it’s painful in the wake of the collapse for investors that got in near the peak, ultimately the tightening of the market will strengthen the companies and projects that make it through.

They will force blockchain to be less about altcoins and more about real technology. Since that’s where blockchain’s greatest potential has always been, this is a promising development for those playing the long game and betting on the ecosystem as a whole.

That focus on real use cases for ordinary users applies to Bitcoin as well. The original idea behind Bitcoin was as a payment system and currency. Of course, you can buy some cool stuff with Bitcoin. However, to date, it hasn’t been cost-effective to use it that way.

Up until now, Bitcoin has primarily been a store of value and an investment vehicle. Despite countless arguments that it’s not intended to be a securitized asset, the fact of the matter is Bitcoin has been an investment for most people who hold it.

The biggest hurdle in Bitcoin’s path is making it more usable for smaller payments. Fees need to decrease and transactions need to happen faster. A side effect of the Bitcoin bubble is people have realized Bitcoin’s scalability issues and fee problems when thousands of people use it constantly. Post-bubble, there has been a great push for scalability measures like SegWit to reduce fees and confirmation times.

Bitcoin May No Longer be the Best Coin 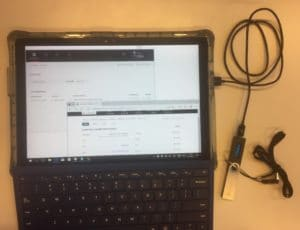 Bitcoin has the most storied history and the biggest brand name of any coin by far. There’s a good reason for Bitcoin’s dominance, too. It has proven secure, simple, and successful over a long period of time. Its first to market advantage continues to make it a leader.

Nevertheless, it’s common to read articles about “Bitcoin killers” that could spell the end for the mother of all crypto. In the absence of Lightning Network implementation and with only 40% of transactions supporting SegWit, a number of coins are waiting in the wings to take up the mantle of dominant payment platform.

Arguably, other coins like Litecoin, XRP, or even Bitcoin Cash are better suited to do the tasks Bitcoin was originally designed to do. History and brand might not be enough to keep Bitcoin afloat indefinitely. It’ll take major infrastructure upgrades to make it the best coin available.

A lot of people will take issue with the title of Bitcoin bubble throughout this article. They prefer to call it a dip in the road to a bigger recovery. It’s pretty clear that a bit of market mania induced a bubble in the Bitcoin price. That doesn’t mean that long-term investment in Bitcoin is an obsolete strategy.

Many economists have given their takes on the dip, but economists historically haven’t been very good at predicting how the Bitcoin and crypto ecosystem will behave. 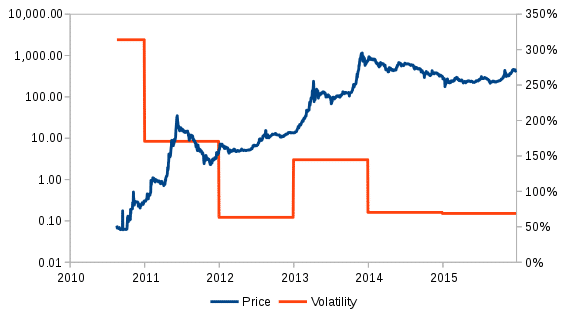 Ultimately, the decision to stay invested after the Bitcoin bubble should be based on the long-term outlook over the course of many years. Do you believe Bitcoin has the longevity to last? Will the Bitcoin community have the will to change in response to challenges from other faster, cheaper crypto payment options? These are the types of big-picture questions investors should be asking themselves in the aftermath of this year’s dip.

This article by Bennett Garner was originally posted on Coincentral.com and has been republished here with permission.